Internet Wala dost is Always with You 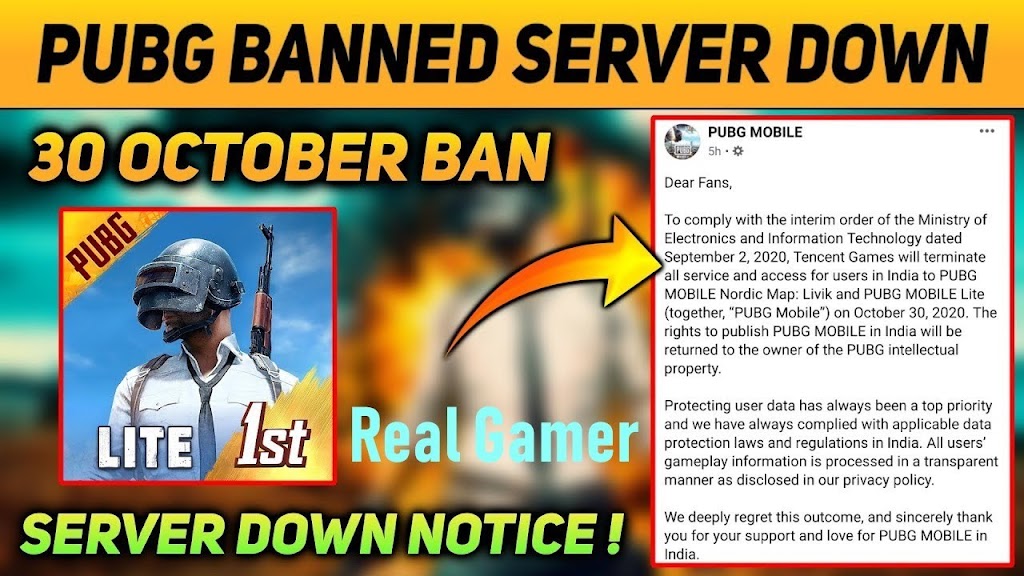 Why was PUBG banned in India ? Real truth | Reasons for Ban on PUBG | Can we still play PUBG ? | Is there any chance of Unban on PUBG ?

Hello everyone welcome to a new article where we are going to talk about very very hot topic that is Why was PUBG ban in India ? Real truth | Reasons for Ban on PUBG | Can we still play PUBG ? 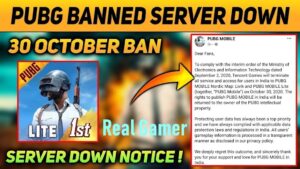 Why was PUBG banned in India ? Real truth | Reasons for Ban on PUBG | Can we still play PUBG ? | Is there any chance of Unban on PUBG ?

When PUBG was Banned in india?

PUBG – One of india’s most popular game was banned many times in india but everytime it was unbanned. But during the time interval of september 2020 to october 2020, Ban became very serious  although it was banned but still working.

On 29 october 2020 there was a official news by PUBG on social netwroks that it is going to be permanently banned in India and guess what, it is permanently banned and now no-one can play PUBG mobile in India, but some may play using illegal things.

Why was PUBG banned in India | What are the Reasons for banning PUBG Mobie ?

Now let’s talk about these points in detail………

As I mentioned you have to kill others which is violent.

Also when you loose consistently you get frustrated and talk rudely with others in Real life, there are many cases where youth killed their family just because they were stopping them to Play this game.

Also there is Royal Pass by which you get more exciting rewards for which you have to pay and there are many gamers who spend millions on this just for showing off in PUBG.

Some Play this game for 12 hours continuosly or even more just for increasing their stastics.

Try to sit for 6 hours in one place continuosly, you will get tired but some people play this game continuosly without moving from that place which is harmful for their body in many ways, mainly backpain and neck pain.

because of continuous gameplay they lack behind in their studies and social grooming.it also have some adverse effect on their eyes.

So these were points that were said by government of India… But the most important reason is that of national security amid china-India tension.

IS it Good to ban PUBG ?

Many of you will say that it is not good but in my views it’s not that really bad as we all know China’s main power is their economy and China have 10% share of tencent in pubg corporation.

Also you will see that after PUBG ban people will not get frustrated because of just game, I guess it is pretty good news but also there must be some alternative…… alternative? wait a minute. I have “FAUG”.

Seriously ?? Yes, it is coming soon although it is not that good as pubg in terms of graphics but still we can try that as it will be first game developed by India so we should support this game whether it is goor or not…..

Can we still Play PUBG ?

Obviously, you can play this game by using VPN (Virtual Private Network) which is illegal and I am against using VPN just because something is banned in my country as they have banned the PUBG just for our sake and we should follow all the guidelines that are given by government of India.

In this points you all will be against me probably but let’s just think about that what is so special about PUBG?…. You will say that it is for fun but have you ever thought that just for fun you are wasting so much of time.

So in my opinion it is really good to ban whether you guys are supporting me or not.

Is there any chance of Unban on PUBG ?

I will not lie as the truth is it is never going to come back again as PUBG is not getting any other company in India to which they can collaborate rather than tencent, and the main reason is that Government of india Said that “Game is Harmful and will never come back Again”.

There possibility that some other game will come as alternative of PUBG but PUBG is never Going to come back.

We are going to write more articles related to this news so follow our site for exciting news like this.

1 comment on Why was PUBG banned in India ? Real truth | Reasons for Ban on PUBG | Can we still play PUBG ? | Is there any chance of Unban on PUBG ?