Internet Wala dost is Always with You

divyanshurai1983
5 Comments
Hello friends and your welcome to a fresh new article where we are going to Talk about Realme C3 – Price in INDIA, Specifications, Reviews, Summary and many more thing. 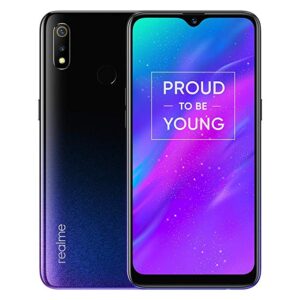 We tried our best to cover everything that you need to know but if we have missed something then do comment so that we can add that too which is going to help everyone.

There are two variants launched by Realme C3, both are same just having a difference of Storage and Ram that’s all.
It totally depends on You that which one would you like to buy, choose whichever phone You want by checking all the features.

When we talk about any smartphone then the most important thing that we talk about is Processor because most of the things depend on Processor that is used in smartphone. If a Good processor will be used then only You will be able to get a great experience with your phone, if we Talk about Realme C3 processor then it is MediaTek G70.
Now many of you would think that Snapdragon is best but in Reality this Processor is almost equal than snapdragon so there is not much difference that you are going to Find if you even use smartphone that is having Snapdragon Processor.
Realme C3 Ram
As already told you that there are Two variants hence there are two Rams available in Realme C3 – 3 GB and 4 GB.
Realme C3 Internal storage
Again we have two storages available because of two variants launched by Realme C3 – 64 Gb and 32 GB.
Realme C3 camera
If you love to click Pictures then I guess you would not be that happy with Realme C3 as there are many other phones that are already in the market having great Camera Specs but in Realme C3 camera is in little medium range.
Front Camera – 5MP
Rear Camera – 12MP + 2MP (Dual Camera)
Ralme C3 Battery
If you are searching for a Phone with a good battery life then I think you should go For Realme C3 as it is having battery capacity of 5000 mAh.
At this range I guess this is the best smartphone that you could buy if you need smartphone with battery life like this so go with this.
Realme C3 Operating System
OS used in Realme C3 is of Android 10 that is good for smartphone.

Which one to Buy ?

If you are confused between them then I think you should go for 64 GB + 4 GB because Price difference is only of ₹1000 and this variant provides you great features so always go with this variant.

Realme C3 is available in two variants – 64 GB + 4 GB and 32 GB + 3 GB which are further available in two colours Red and Blue.
Realme C3 is a Powerful smartphone with MediaTek G70 which is equal to  snapdragon which is having a great battery life of 5000 mAh.
It’s camera will not satisfy you if you are selfie lover as it is having Front camera of 5 mega pixels and back camera of 12 MP + 2 Mp which I guess to be a mid Range camera.
Realme C3 has a glory look with smooth screen which help you to use it easily without any lag or irritation.